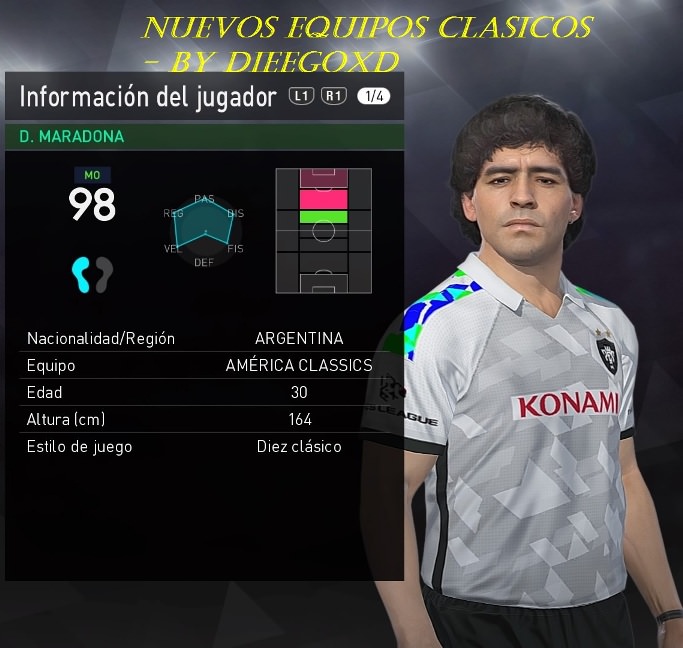 This Option File Compatible with OF of albert and others. (@ Capitan_Alber)

-The best players (Retired) of present and previous times (70.80, 90's) were searched.
-In "World Classics" were placed only players from the Americas (That's why it's called "America Classics")

-> You can change the stats quietly, or replace players. If I have forgotten something, let me know!

KITS:
Thanks to @ DAN12L_oficial - For their identical kits to "myclub legends" and special for both teams. Incredible quality

The kits are imported in 1024px; you can import them manually in 2048 if you want them in better quality; in case of lack of space no stadiums or dts, only kits.

Thanks to @PeSoccerWorld for letting me share my OF.
Greetings.

Important: apply player data and templates! (then it will replace the 2 teams, and press R3 in the menu to use friendly matches and to load this OF, and the others like the bundesliga, etc)